The final adjournment report for the 2022 session of the Alaska legislature. 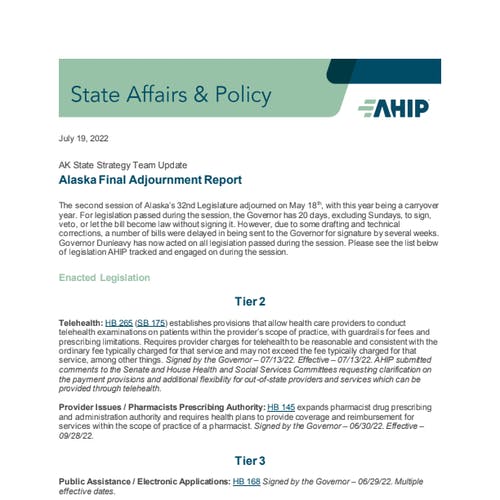 The second session of Alaska’s 32nd Legislature adjourned on May 18th, with this year being a carryover year. For legislation passed during the session, the Governor has 20 days, excluding Sundays, to sign, veto, or let the bill become law without signing it. However, due to some drafting and technical corrections, a number of bills were delayed in being sent to the Governor for signature by several weeks.